What Is Erectile Dysfunction – ED? 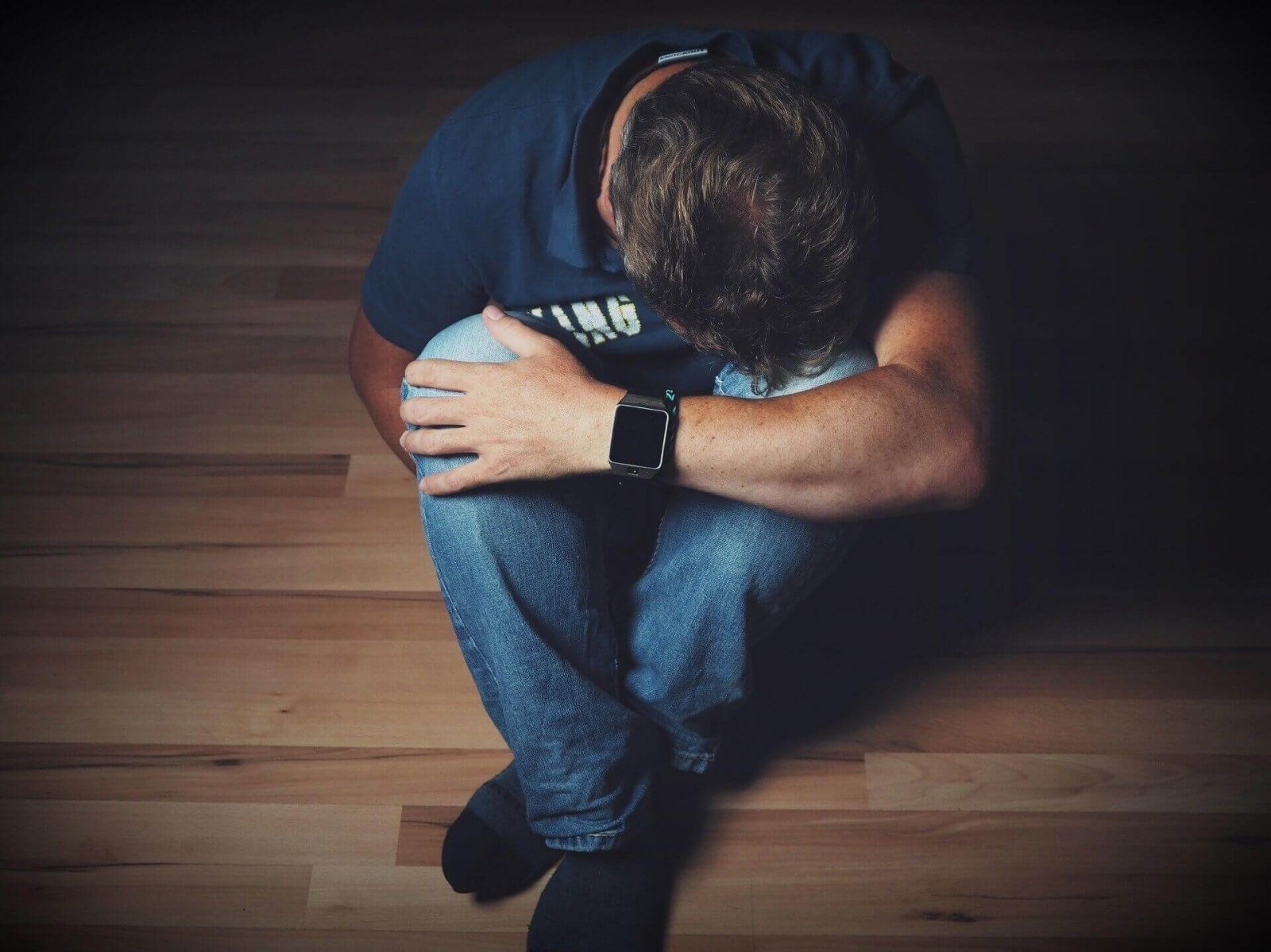 Erectile dysfunction (ED), also called impotence, is characterized by a man’s failure to have an erection or keep an erection long enough to finish the sexual intercourse.

A man is considered to have erectile dysfunction if he regularly finds it difficult getting or keeping a firm enough erection to be able to have sex, or if it interferes with other sexual activity.

Most men have occasionally experienced some difficulty with their penis becoming hard or staying firm.

However, erectile dysfunction (ED) is only considered a concern if satisfactory sexual performance has been impossible on several occasions for some time.

As we age, many aspects of our lives are not what they used to be. The older we get, the more prevalent this becomes. We lose energy, endurance, stamina, strength, and sexual performance.

Studies show that when men reach the age of 30 their Testosterone production begins to decline at a rate of 1% per year, every year, and maybe as high as 3% a year based on your stress levels.

As Testosterone production declines, men will start replacing at least 1 lb of muscle with 1 lb of fat yearly, and more often than not more than 1 lbs of fat per year.

This decline in Testosterone also begins to affect libido(your fire and desire) and the ability to maintain or achieve erections, (erectile dysfunction) your mental clarity, your focus, and your energy levels.

The good news is that with Testosterone Replacement therapy, your Testosterone levels could be restored to where they were when you were in your late teenage years/the early ’20s.

Hormone therapy can also help you.

Sex drive is the more fundamental concern among people who engage in sexual intercourse, whether or not erectile dysfunction is part of their concern. Intimacy usually triggers a person’s sex drive and contrary to what most people believe, even those who experience erectile dysfunction still have their sex drives active.

This intense emotion, however, can be limited by factors such as stress or anxiety, health instability, lack of interest, and hormonal changes. Some medications for erectile dysfunction mainly need the activation or presence of sex drive for them to be effective.

In short, sex drive is still a prerequisite of having an erection. This feeling usually triggers the changes that happen inside the body that eventually leads to an erection, or it can be the other way around, that the changes happening within one’s body defines a sex drive as a whole.

Erectile dysfunction can be a severe problem for many men, creating disharmony in the home and reducing the man’s self-esteem.

This is a personal problem that most men will not even feel comfortable discussing with their doctor. Wives tend to wonder whether the problem is their fault rather than considering that it is a physical problem with their husbands.

Trouble getting an erection:

Difficulty in achieving an erection may be brought about by various factors and not just by erectile dysfunction.

It can also be influenced by sex drives, emotional and psychological status, and health stability.

The problem of impotence is hard to determine, especially if there are no physical or visible reasons that can be pinpointed as the cause.

If erectile dysfunction is primarily brought about by psychological disturbances, it is difficult to delineate the possibility that it might just be a temporary occurrence or something as serious as an erection problem already.

Aging Process: Conditions of ED can occur at any age, but it is more common in older adults. The majority of the male population experience occasional difficulty having or maintaining an erection.

Aside from the aging process, ED can also be caused by psychological or physical factors.

Physical factors: Physical factors, on the other hand, can include any ailment that prevents the nervous system from responding to arousal. Injuries to the spinal cord, damage to the nerves in the genital area because of diabetes or surgery, may cause ED.

In addition to these factors, lifestyles that involve excessive alcohol ingestion, smoking, or unhealthy diets may lead to impotence. 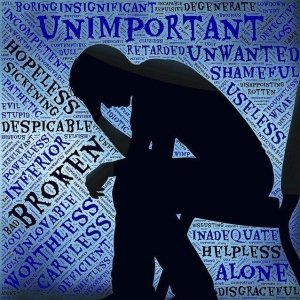 Impact of Emotional and Psychological Status

A person’s emotional and psychological status can also profoundly influence the possibility of having an erection. Mainly, these factors also have something to do with the activation of one’s sex drive.

Emotion and psychological state are very abstract matters to discuss, and their being abstract profoundly influences the randomness or variability of their effects. An example of this is the possible effect of sadness or depression on a person’s sexual drive or interest in sexual intercourse.

Some people will be hindered from having sex or simple, achieving an erection if they feel sad or depressed. However, this is not true for all people or all instances. Some people respond differently to sadness or depression in a way that gives them more drive to have sex as a possible way of coping maybe.

Sometimes, emotion and psychological state can cause a person to be compulsive in having sex while at other times, these same factors can cause phobias from having sex.

Generally or majority, however, respond positively when feeling or experiencing positive dispositions such as happiness, satisfaction, or gratification. Thus, a higher rate of success in terms of having an erection is associated with positive emotions or situations.

The severity of ED varies among men, with some having total inability to achieve an erection while others have irregular ability to attain an erection. Other men with mild ED can still sustain brief erections.

Impotence is the reason why men fail to perform well in bed. This condition is considered a horrible experience among men; it can be very stressful and may damage male self-esteem.

Low self-esteem is one of the reasons why men are not able to show their full potential and complicate relationships. Sexual failure among men is not something that is openly discussed; they often feel embarrassed and keep it to themselves.

However, it is important to know the causes and treatments of impotence to nourish and maintain healthy self-esteem and self-worth.

Men who have health concerns such as diabetes, heart ailments, high blood pressure, kidney diseases, and liver problems are among the most significant percentage of people who have erectile dysfunction.

This is because their health situation highly influences the anatomy and physiology of an erection.

An erection is achieved when certain neural activities within the penis allow the flow of blood to reach that area and maintain that event resulting in a prolonged erection.

However, diseases or health problems such as those mentioned earlier may either cause damage in the neural connections that will prevent their activation or cause a problem in the flow of blood itself. Thus, no erection will occur, least of all be maintained.

Men who have a problem with their sexual performance may be reluctant to talk with their doctor, seeing it can be an embarrassing issue.

Many treatments are out in the market that is proven to treat ED. These medications are available in different dosages and forms. Despite the existence of these products, men shy away from getting help and talking to doctors and other medical specialists so that they can get the treatment they need.

In the past, several products have been marketed, most of which have little or no permanent effect on men’s erection problems.

Erectile dysfunction can be treated, but it should be done under the close supervision of medical professionals. Improving sexual health by changing lifestyles, improving diets, or including exercise programs in routines should be prioritized along with seeking medical help.

Since the discovery that the drug sildenafil, or Viagra, affected penile erections, most people have become aware that ED is a treatable medical condition.

ED is now well understood, and there are various treatments available.

The remedies for either a temporary inability to achieve an erection or a more severe impotence problem are numerous and varied. Some medically-based are those medications that are prescribed by doctors such as sildenafil, tadalafil, and vardenafil combined with a healthy diet and adequate exercise.

When all these or majorities of these are done, a person with erectile dysfunction has a higher chance of recovery and eventually achieves that much-wanted erection.

Are you looking for Treat? Good news! We treat Erectile dysfunction.

If you’re experiencing this, there is nothing to be ashamed of. It is just part of the aging process. Rather than using some of the many inventions that have proven effective in the past, some men shy away from out of embarrassment.

We suggest that men with E.D set up a free consultation with us. We have medication that can relieve the problem, making you feel secure in your manliness again. Let our trained physician diagnose you and the severity of your symptoms so we can come up with an individual treatment plan to get you back to feeling like yourself.

Our medication is prescription only, and FDA approved. We will ship your medication in discreet packaging. So nobody will know what you’ve been prescribed.